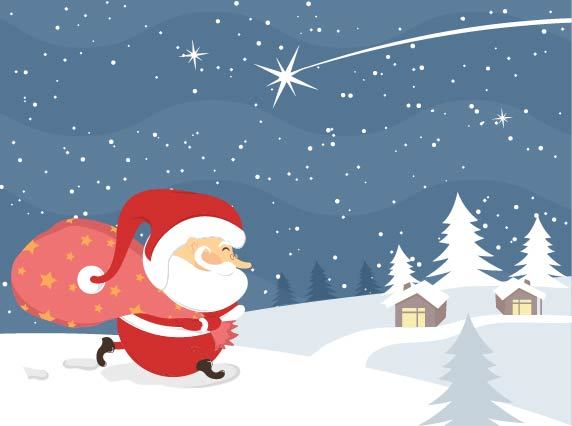 For many Montessori families and Montessori teachers, Santa is a controversial topic. While we encourage children to explore the real world, when we introduce animals and various topics, when we know that maybe fairies and fantasy are not that important for young children (under 4 or 5), when it's time for Christmas, many will go full on with Santa, the flying reindeer, the naughty elf on the shelf and more!

Obviously, you do you! But it's a Montessori blog and I want to share with you what I do as a Montessori inspired family. I also share some tips to include the Santa character in a way that respects your child. 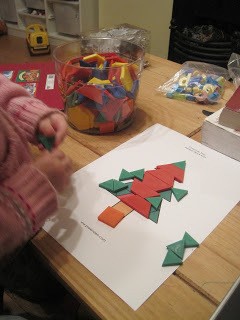 Why I didn’t make my children believe in Santa?

My answer in a nutshell: because it’s not real and our children learn about the real world around them.

As a Montessori teacher, I’m a firm believer in the reality principle.

It means that children first must be introduced to the real world, must know the difference between what is real and what is fictional before being introduced to fantasy. Fantasy is an imaginary world, created by adults, by the abstract mind of the adults. Children have a concrete mind, abstraction comes slowly and later (after 6 years old). Read more about fantasy and fiction here and there.

It’s especially true for children under the age of 6, during the first plane of development.

Maria Montessori discussed fantasy and reality quite extensively and believed that fantasy was an adult imagination imposed onto the child.

Children are credulous and will believe what adults tell them. They will embrace our fantasy world but they will not understand that it’s pretend for quite a while.

Santa Claus, as presented by parents, to their children, is part of that fantasy world.

We might believe that it’s part of the traditions, part of the “magical” childhood but it’s mainly a lie, even if it’s a lie that we tell to “please” our children.

Also, the vast majority of parents will use the Santa Claus story to keep children well-behaved for the whole month of December (at least). Not to mention, that nowadays, the Elf on the shelf is acting like Big Brother, monitoring all bad and good actions of the child. And let’s not forget the Santa Cam!

As a Montessori teacher, I’m against all forms of rewards and punishment so clearly, the idea of threatening my children that Santa will not come if they are not good is a big no-no.

In our family, we don’t pretend that Santa Claus exists. Full stop. No elves, no gift from Santa, no cookies and warm milk… Nothing like that.

But now that my daughter is 9, we read the story of St-Nick, I explained to my children who were St-Nicholas, that he is celebrated on the 6th of December. That he was kind to people and children of his time and he was well known to give gifts, anonymously.

We have books with Santa in them.  When my children were very young (and my youngest is 4 so still young), I used to say, Santa Claus is in the books, it’s a story. And I avoided Santa stories until my children were over 4. 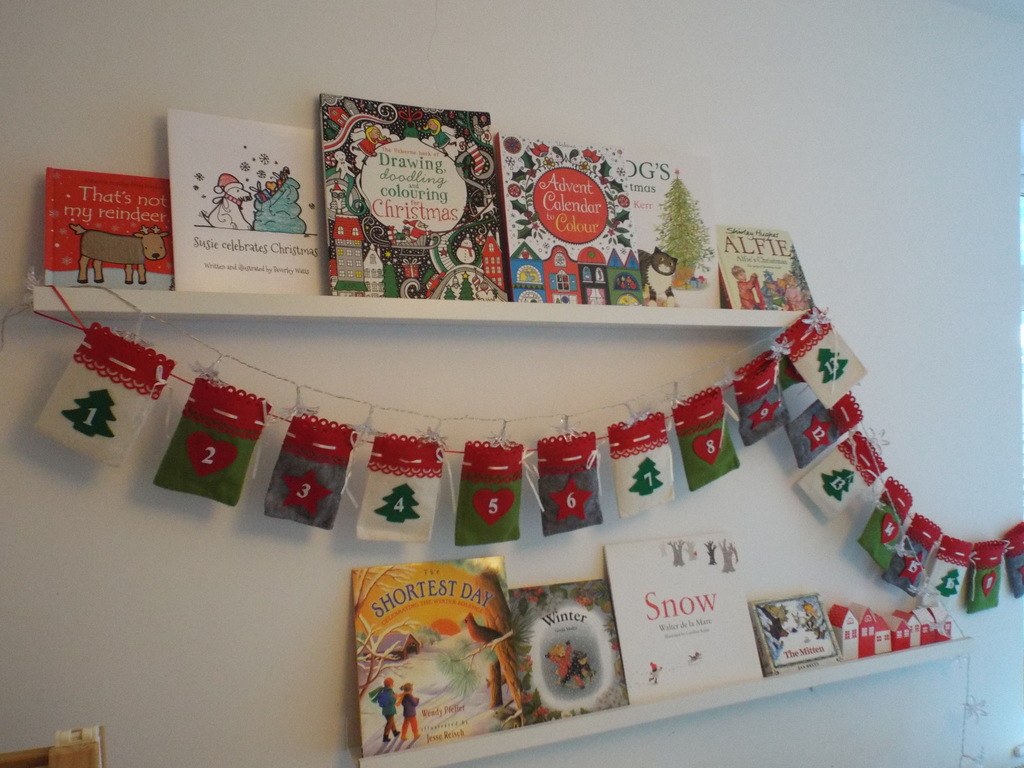 But no, I don’t make them believe that a man comes into their house at night. I find it creepy to encourage my children to believe that it’s ok for an old man to come to our house at night. My daughter questions on a regular basis if the house is safe, she is afraid of burglars so I’m not going to tell her that our house is safe, locked but the chimney, hey! No problem, you come in and out and you will never be seen!

I help children under 6 to discover a world that is real, that they can touch and explore.

They imagine with objects and what they see, touch, taste, hear, and smell.

The whole Santa tradition is totally imposed upon them, it would be totally my doing, my fantasy, to make them believe.

For sure, children are credulous, they will believe their parents because they have no reason not to trust their parents. They must trust their parents, basic survival instinct! But what do we do to this trust when we tell our children a few years later that it was a lie? I know it’s a lie to please them, to play with them but well, it’s still a lie. On the other hand, if our children tell lies, we tell them that it’s not good to lie and lecture them about the virtue of the truth. Not sure why one is allowed but not the other.

In addition, I read this article about fostered/adopted kids and Santa and how traumatic Santa could be for those kids and it reinforces again my guts instincts not to carry on this tradition. Even if the majority of children don’t have trauma, every child has his own sensibility and we don’t know in advance if a child will be scared, worried with some or all parts of the Santa traditions or we don’t know how a child will react when he will know that Santa doesn’t exist.

And historically, who is Santa Claus? Who is Father Christmas?

Father Christmas in the UK was first associated with adult feasts and not related to children until Victorian times. He was the spirit of good cheer spreading joy on Christmas day (Green coat by the way at the time!). Then in 1848 in New York, an article described different ways to celebrate Christmas eve around the world and included the tradition of St-Nicolas giving presents. It’s then that St-Nicolas became Santa-Claus and was merged with Father Christmas and finally started to be associated with Christmas day.

I have also difficulties explaining to my own children why we donate toys at Christmas for the children who don’t have any if Santa comes around and distribute toys (why then some families don’t have any? What do other parents answer? That Santa gives one gift to each child in the world but those poor children don’t have toys from their parents?). As we don’t celebrate Santa, I just explain that some parents don’t have money to buy toys so we help them.

And lately, I also feel that there are new traditions or traditions from other countries to be embraced, and a good marketing ploy to make us spend more and more.  A Christmas eve box, the elf on the shelves (sold out everywhere at the beginning of December, the elf from the States), the Advent toys calendar (not the simple chocolate one, you must have a Star War one? A make up one if your child is a teenager and not just one, in fact, give them 3…), the reindeer food ultra well packaged…

I had a big overwhelming sensation this year although I knew I was not going to do any of this.

But it was everywhere and I can sense that some parents must feel that they must do all those traditions, by fear of their children missing out (we have heard since the 1st of December that my son’s best friend has an elf on the shelf and my son did ask where is our elf then?).

Those are all the reasons why we don’t celebrate Santa in our house. 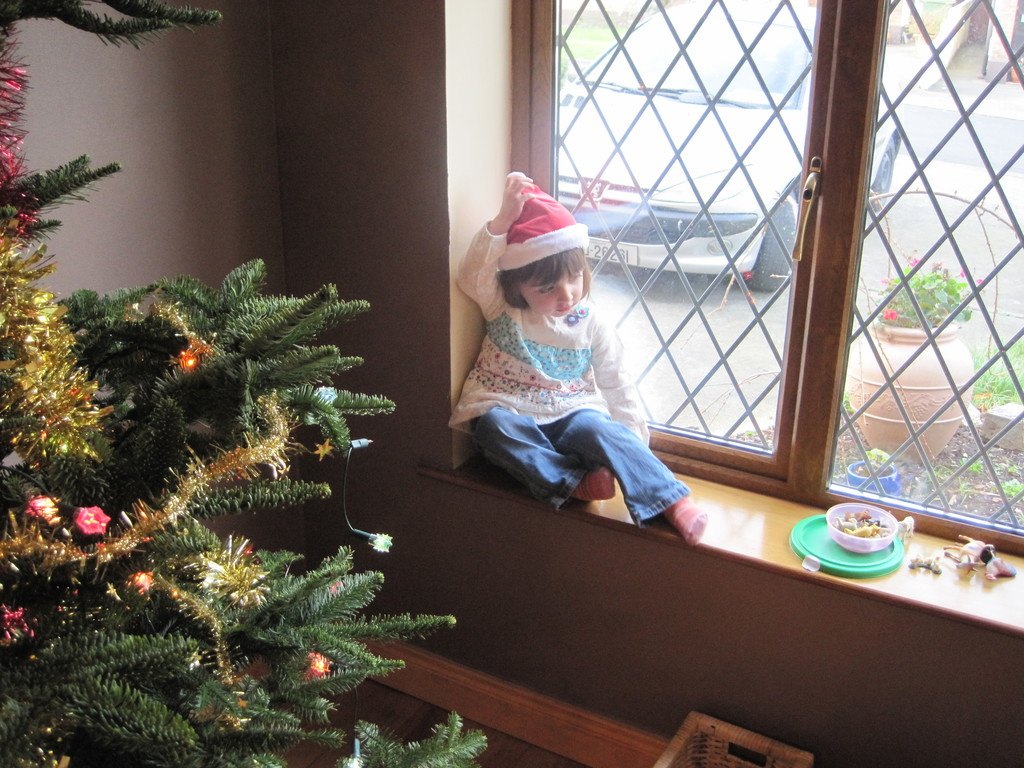 However, we celebrate Christmas as a family and we spend time together. We offer a few gifts to the children and if we have guests, we offer them gifts too. We decorate the house and the Christmas tree (the Christmas tree has nothing to do with the Christmas/Catholic/Christian celebrations by the way). We eat well and we play games and go for long walks.

Now, as it’s a Montessori blog, I would give the Montessori advice that I give to all parents who ask me:

I found that letting my child explore the ideas around Santa by herself was the best compromise: I didn’t feed them with big lies and their desire to believe (reinforced by the fact that they are exposed no matter what) was respected.

My daughter talked about Santa from around 3 to 5 years old and my son has really started this year to be passionate about the subject (he is 4). And they are welcome to express their ideas but their gifts under the tree are from us, with all our love. 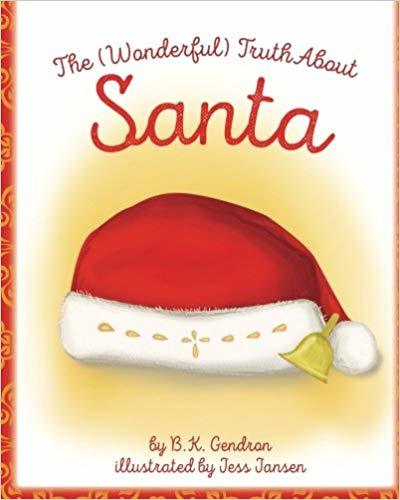 To my family to yours, I wish you a Merry Christmas or any other celebrations, happy time together, and let me know your thoughts!

Please, check your email and confirm your subscription! It sometimes goes to spam or promotion!