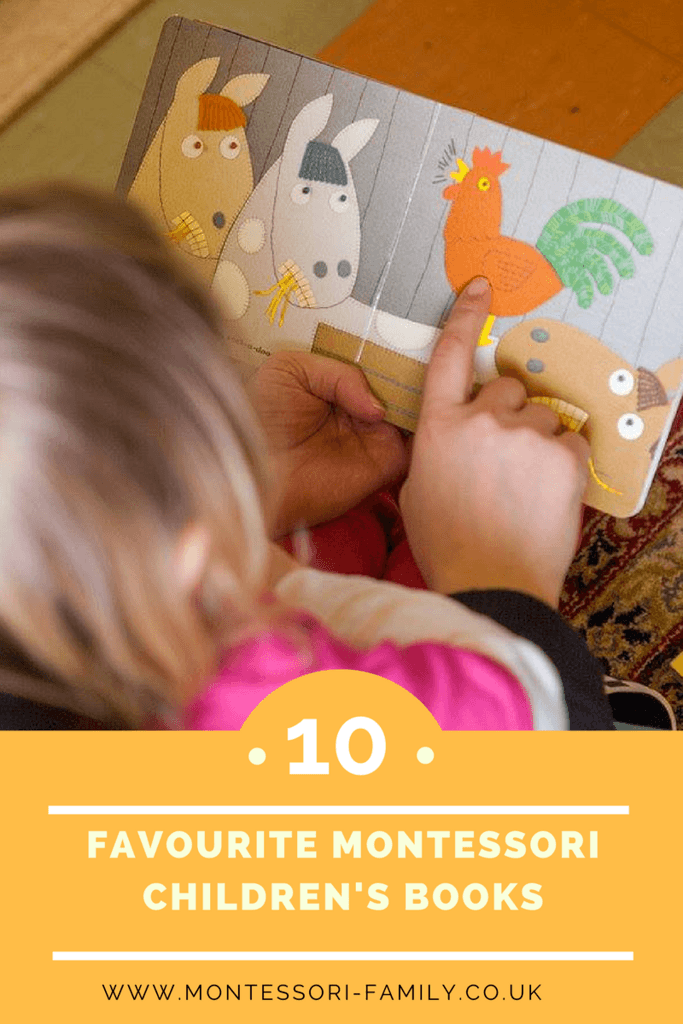 When choosing children’s books to read to your children, you will be confronted with a plethora of choice. You will also quickly notice a pattern in children’s literature: many of the children’s books are fantasy based, describing things that don’t exist in our world (unless you believe in fairies), making all matters of animals, plants and even objects acting like human beings.

If you are interested by the Montessori principles, you may have come across the idea of reality based books. As a Montessori teacher and parent, I advise to choose books that are based upon reality, especially for the children under the age of 6.

When adults think about childhood, they often associate it with fantasy: Disney stories, fairy tales, Santa Claus.  But Maria Montessori had a different opinion.

From birth to 6 years old, the child is a human being in formation. He learns about the world around him. He wants to learn the reality of the world he lives in.  The child has an absorbent mind and is not yet capable of abstract thought and the imagination that follows from it. Fantasy and many modern toys (e.g. a talking bear) are based on abstract thought. Therefore, Montessori advised against the introduction of the child to fantasy too early. By fantasy, we mean animals that pretend to be human beings (in movies and books), fairy tales and other myths and legends. For a young child who has never seen a real bear, if you introduce him to a talking bear wearing clothes, he will think that a bear is supposed to talk and wear clothes.

In the twenty-first century it is very difficult to avoid all fantasy. The world around us is full of fiction: advertising on passing buses, television programs, children’s books and the culture of mass media.  When your child is in their infancy you may think ‘why does it matter?’ but from about 3 years old your child will begin to ask questions such as ‘why is the bear talking?’ and ‘where do witches live?’

I experienced it myself (with my child and in the classroom) and I found it very difficult to stay honest with the child. Therefore, you are kind of trapped into a fantasy world that your child doesn’t understand. 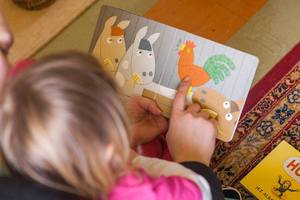 Avoiding fantasy does not mean a lack of imagination. Maria Montessori encouraged imagination to be based upon reality because until the child is fully formed (brain, body, emotions) everything he learns is part of his reality.

“Montessori recognized that children’s ability to imagine things that were not actually present demonstrated a special mental ability of high order. She saw that it was the foundation of intelligence itself and that it was responsible for the curiosity that underlay all scientific exploration of the environment.  Imagination is the real substance of our intelligence. All theory and all progress comes from the mind’s capacity to reconstruct something.” (The Child, Society and the World, Chapter 3, p.48).

She did not come to this conclusion purely from a theoretical perspective but after closely observing hundreds of children under her care. Again and again she saw that children were drawn to work purposefully, to activities that were meaningful to them, and that it was this contact with reality that had a transformative effect on their behaviour.

Early on in Montessori’s work she provided children with traditional toys and fairy tales. It was her subsequent observations of the children’s own choices of activity that made her question whether such things were actually serving their developmental needs.

“If I were against fairy tales, it was not because of a capricious idea, but because of certain facts, facts observed many times.  These facts come from the children themselves and not from my own reasoning.”(The Child, Society and the World, Chapter 3, p.45).

In 1919, she participated in a conference and explained her ideas about fantasy “Imagination really does not enter into the problem, because in telling fairy tales it is we (the adult) who do the imagining.  The child only listens. (The young child) cannot distinguish well between the real and the imaginary, between things that are possible and things that are merely ‘made up”

So telling fantasy is us, using our adult’s imagination and imposing it to our children. When given choice, children will be naturally drawn to realistic stories (and toys and activities).

So when it comes to choose children’s books, it’s safe to choose books that represent the world your child lives in. And it’s not only Maria Montessori who said so, a study from 2009 has shown that children by 15 months of age can apply something learned from a picture book to real life, and also transfer that information in the other direction (DeLoach & Ganea, 2009).   Another study from 2015 has shown that children prefer realistic stories. A recent study (2017) has shown that moralistic stories with human characters have more impact than animals characters.

So here my favourite 10 children’s books for the toddlers 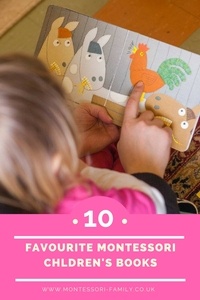 (By the way, this is a very small selection of books but those are the books I have kept from one child to the other, books that my 5 and 9 would read again when they come back from the playgroup in the house and books that are enjoyed every week by the children visiting the playgroup)

Those two books also show children from all around the world.

This blog post contains affiliate links at no extra cost for you.