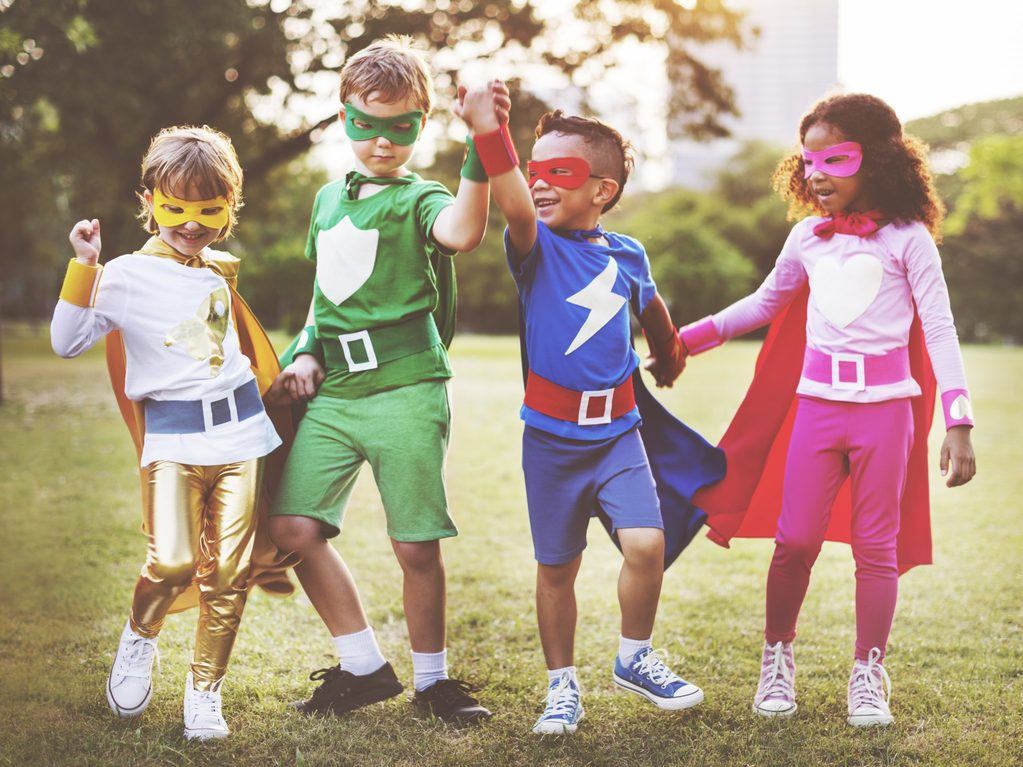 Today I'm delighted to welcome Leanne Ridgeway for a guest post about Superhero play. It's a topic I wanted to learn more about. I have a son who is deeply into "super heroes". He loves to play "fighting" games and loves "roughhousing" with his dad. He can equally be kind and enjoys quiet activities such as drawing and yoga.

When we are passionate about Gentle parenting, when we believe that the way we educate our children can bring lasting peace, what do we do with those games that seem "natural" in children?

Leanne is a Montessori teacher and conducted an academic research on Weapon and superhero play.

We will co-host a "workshop about Superhero play and Montessori". I hope you can join us!

When I started my research into War, Weapon, and Superhero play, I was working as a Montessori Teacher and studying for my Degree in Montessori Pedagogy. I knew the subject would be controversial and challenging– and yet I was drawn to delve into the topic.

Why? Because three things coincided.

And so, my research was born, I conducted a 6-month long research project in my Montessori setting, read all I could, and spoke to other parents and Montessori professionals about the topic. I haven’t stopped learning and talking about superhero play since – I now deliver training, workshops, and write on the subject both within the Montessori community and other Education platforms. 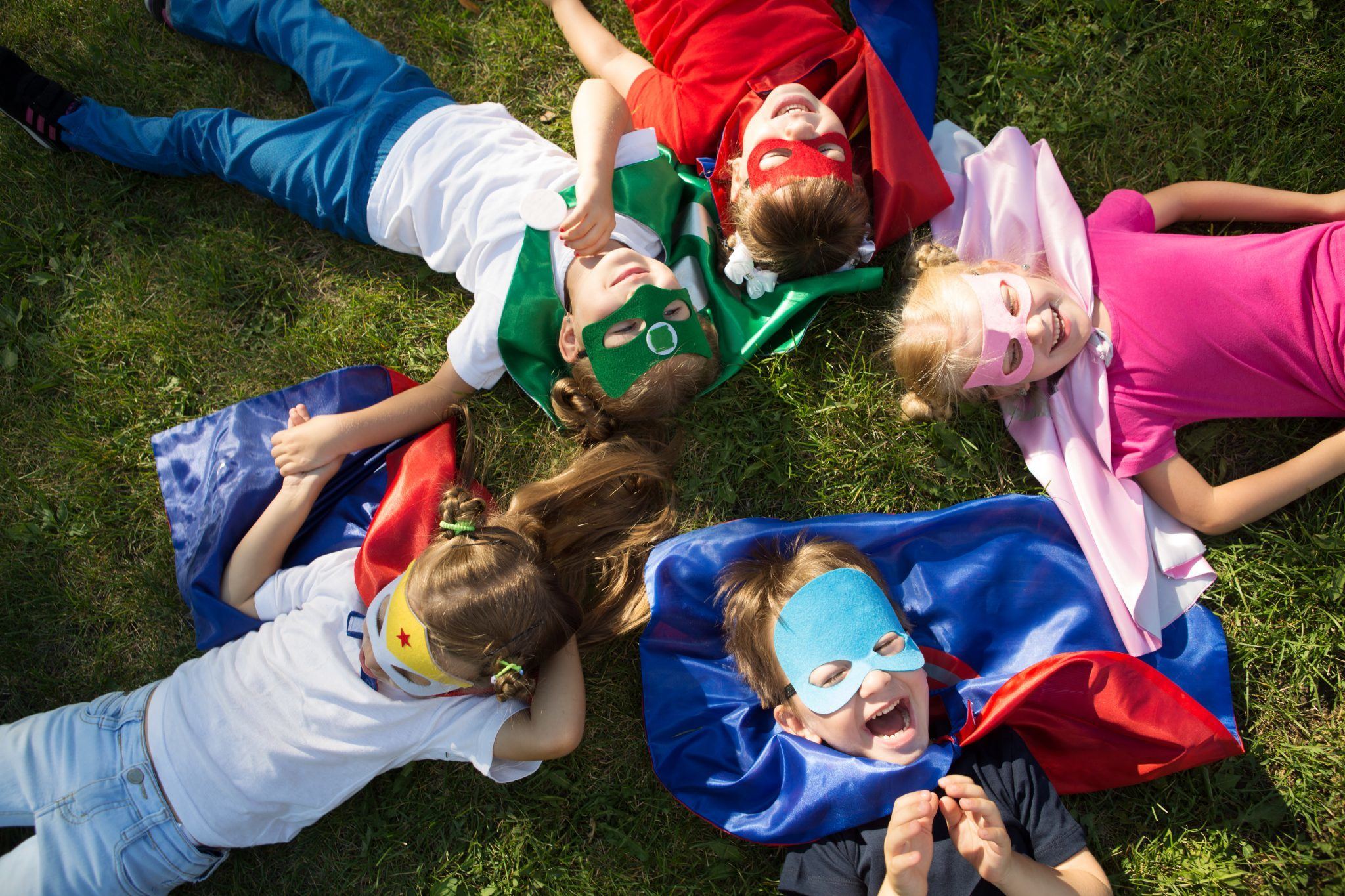 The results of my research are often cited as surprising and have challenged and changed many people’s opinions on War, Weapon, and superhero play – no one more than myself. I challenge you to listen and reflect on the topic with an open mind.

This type of play is often talked about as negative within the Montessori community – and this stems from two main reasons; Montessori promotes peace, and Montessori does not promote fantasy play. I am not here to argue either of these points, but to look at them from a different angle.

So what did Montessori say about fantasy play? Many within the Montessori community have the notion that Dr.Montessori was completely against fantasy, believing that children should be given real things instead.  but, in Montessori’s writings, there is extraordinarily little said about it, and what is there is ambiguous. The quote often cited as ‘children should be given real things to image about’ comes from this longer extract:

“Playing with toys and imagination through fairy tales represent two needs of that special period of life: the first to place oneself in direct relation with the environment, and by this, a great mental development is acquired by the child. The Other reveals the strength of the imagination, so much that he turns it into his toys. If we then give him real things to imagine about, this is a help to him and places him in a more accurate relation with his environment too”

Now consider, does this mean Montessori was completely against fantasy play of any sort? Or does it mean that children should be shown the real world with the same enthusiasm as fantasy – that rooting in the real world is an important foundation, but not an absolute boundary? In The 1946 London Lectures, Montessori said:

“Now everyone that knows my name says that I am against fairy tales. Apparently, I say that they are dangerous to the child’s mind. But you must know that I never assert anything that I have merely reasoned out, because if I did that it would be just a theory of no importance. It would just be a matter of opinion and therefore not a serious statement. Serious statements come from observation – this is the truth. I have never before given an opinion on the subject”.

We must also consider that Montessori’s writings were over a century ago –modern children are surrounded by fantasy in books, characters on objects and clothing, adverts, tv, movies (even the strictest Montessori parent is likely to admit their child has seen an episode or two of some cartoon). The worlds of our children are vastly different from those in Montessori’s time and thus they have a different relationship with fantasy.  The same for their relationship to reality, Montessori observed the children in the Casa de Bambini preferred real things to toys – in our homes, we expose to real through practical life and such this need is readily met.

And then we must consider peace. The Montessori environment strives to create a peaceful environment for the child, and peace in the wider world through cosmic education and grace, and courtesy.

Although superhero play is may seem violent on the surface there is much more happening when we delve a little deeper. In fact, violent play narratives are used as a safe space to explore moral dilemmas, The goodies vs bodies, the rescuing by a hero, entrapment, and freedom. There is also a rich ground for social and emotional development. Imagine as a small child in a large adult world – becoming a powerful hero must feel so empowering! Hear nothing can hurt you, you are strong and amazing, with control over the world around you. 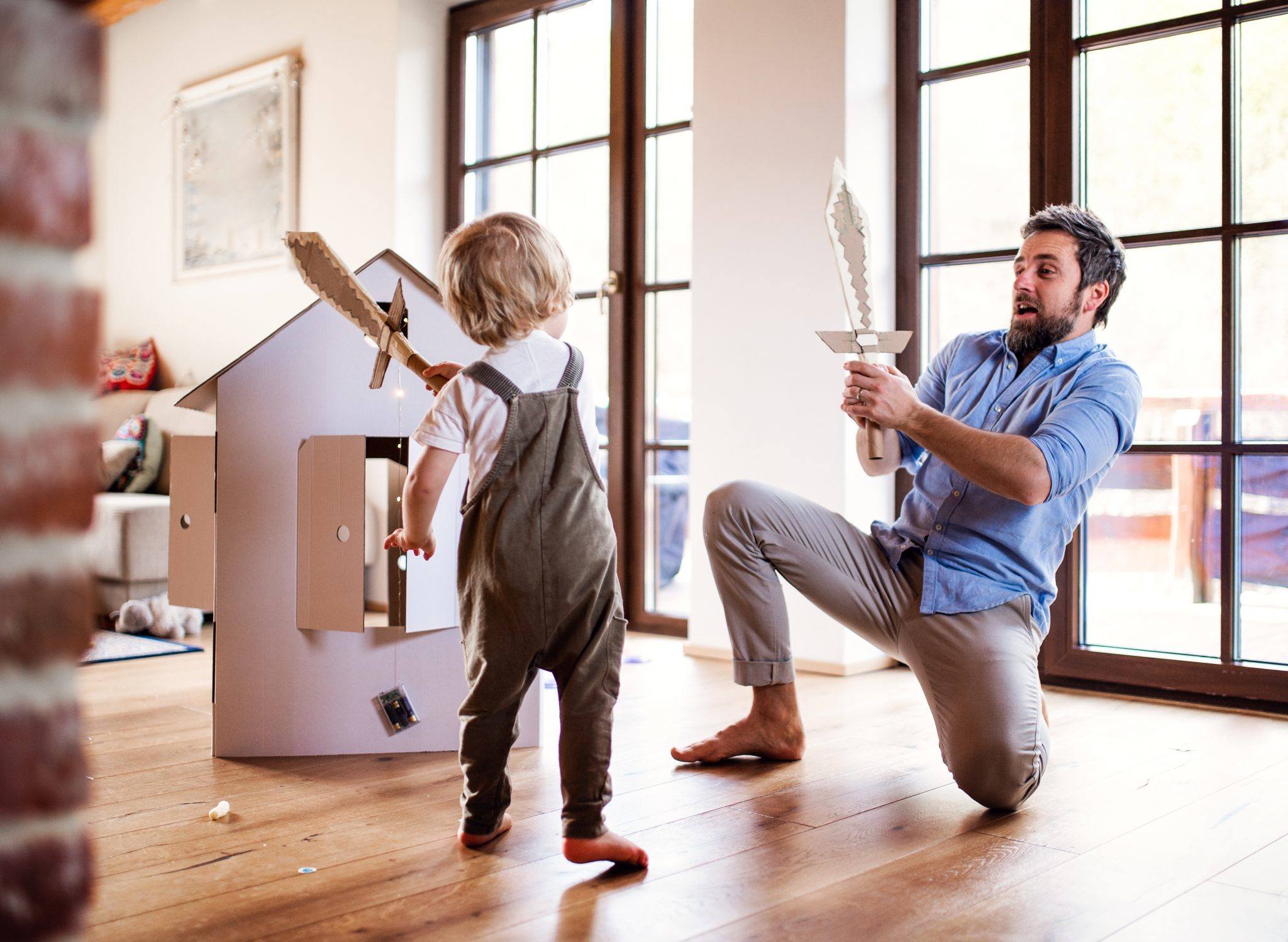 A parent recently told me her child was playing ‘unicorn hero’ where she rode upon a unicorn with her magic sword, which she used to destroy COVID-19! A wonderful example of the child using fantasy to relate to the scary things in their world. Modern child development theory, such as that of Tina Bruce, shows us the power of play for the young child to explore their world - superheroes such as Iron Man or Wonder woman, is an imprint of children’s innate curiosity into good vs evil, the fundamental philosophy of humanity and understanding the world.

Superhero Play is rich ground for holistic development of the child – social/emotional, physical, creative development – all are seen inside the world of imaginative play, there is even room for maths, science, and literacy. I would love to share the how’s and why’s of development here, but as with anything in the world of child development theory, the subject is so complex and wide it would take far more than this blog. Instead, for now, I ask you to step back and observe the child in play – tap into the fundamental rule of Montessori ‘Follow the child’. Montessori was a scientist, she urges us to observe and consider the benefits f what the child is doing and how we as the adult can support that.

So how do we embrace superhero play in a Montessori way?

First, we go to the basic Montessori principle of freedom within boundaries – set limits WITH the child such as space where it is appropriate for this play and asking others to join in politely before pretend shooting them.

Next, we set up the environment to accommodate this and provide props to enhance play and development. I advocate for open-ended, non-branded costumes – plain capes or pieces of fabric allow the child to imprint whatever is in their imagination onto them instead of a closed one-character object. The same goes for props – sticks, blocks, construction, cardboard – all of these can become props in play that encourage creativity from within the child instead of dictated by its external purpose. 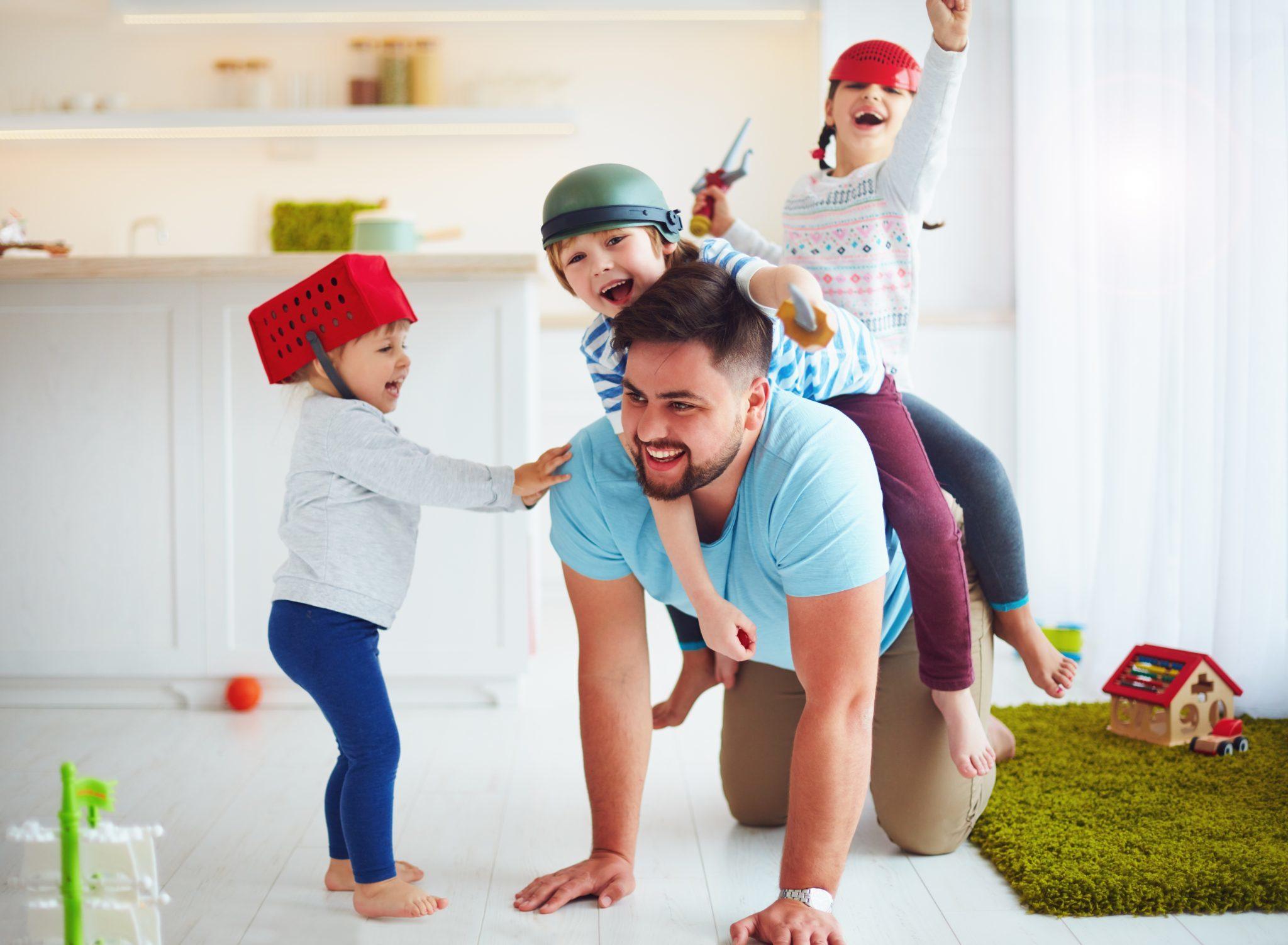 We use observation – what is the child doing and how can we provide other opportunities for this? For example, is the child constantly jumping and making large gross body movements? Perhaps there are some schema in there or a need for sensory input in the body?

The most valuable resource and tool we can use is our listening – by showing the child we respect and appreciate things important to them, we open lines of communication and may be honoured with glimpses into their world.

With my research the standout point was how much the children loved to share with me their interest, and the increase in our relationship through this.

By embracing superhero play we can connect with the child at their level, enhance development and nurture peace within the child and household.

I hope you have found this post insightful. Read also about "pretend play" in this previous blog post.