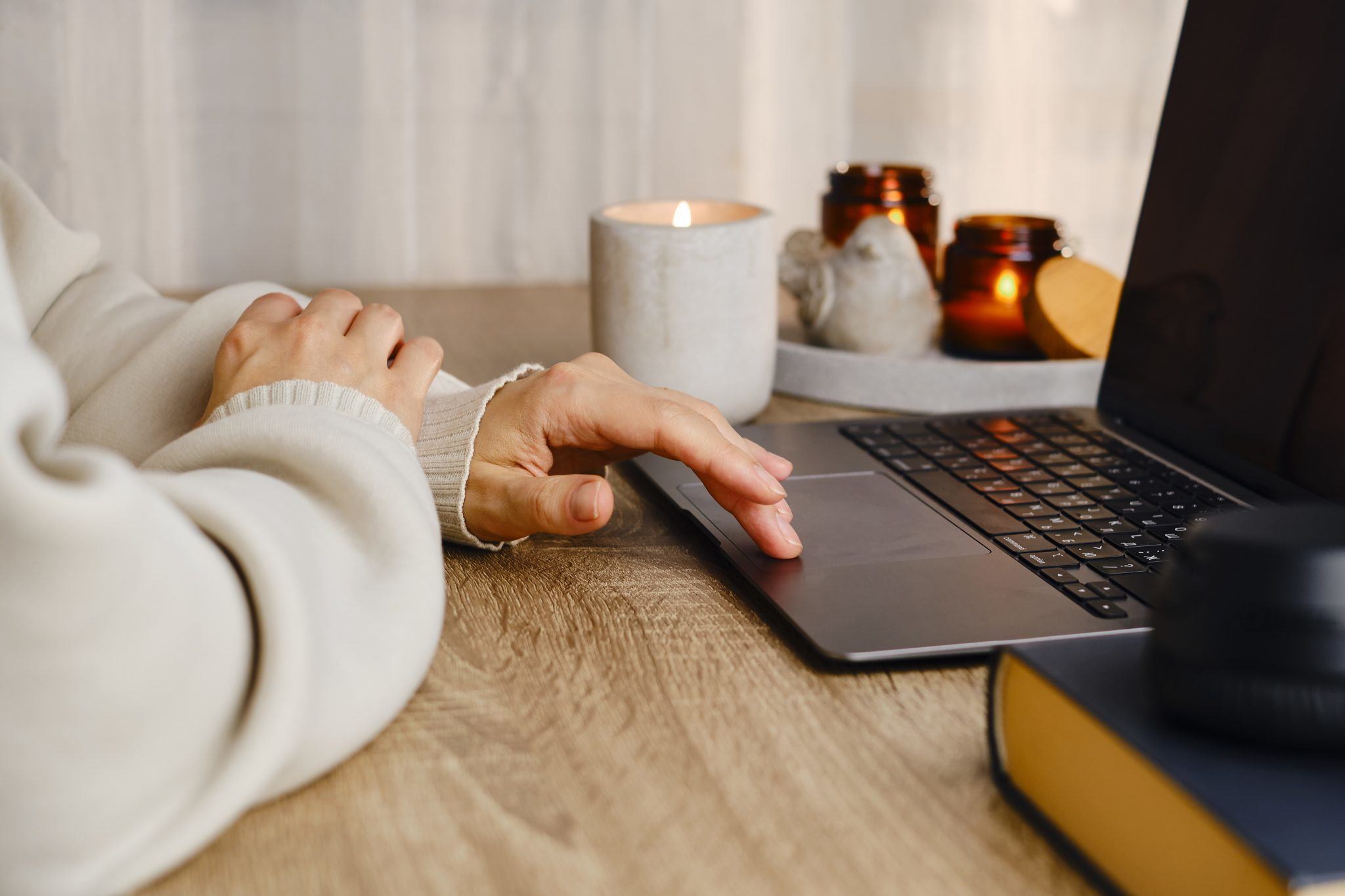 You know about Montessori already and you would like practical ideas about how to follow the principles at home.

Or maybe you are overwhelmed by the number of toys you have, your children are not playing, they complain that they are bored or cannot do anything without your input.

You might have some concerns about your baby’s sleep or your toddler’s behavior or about how to help your children to get along. 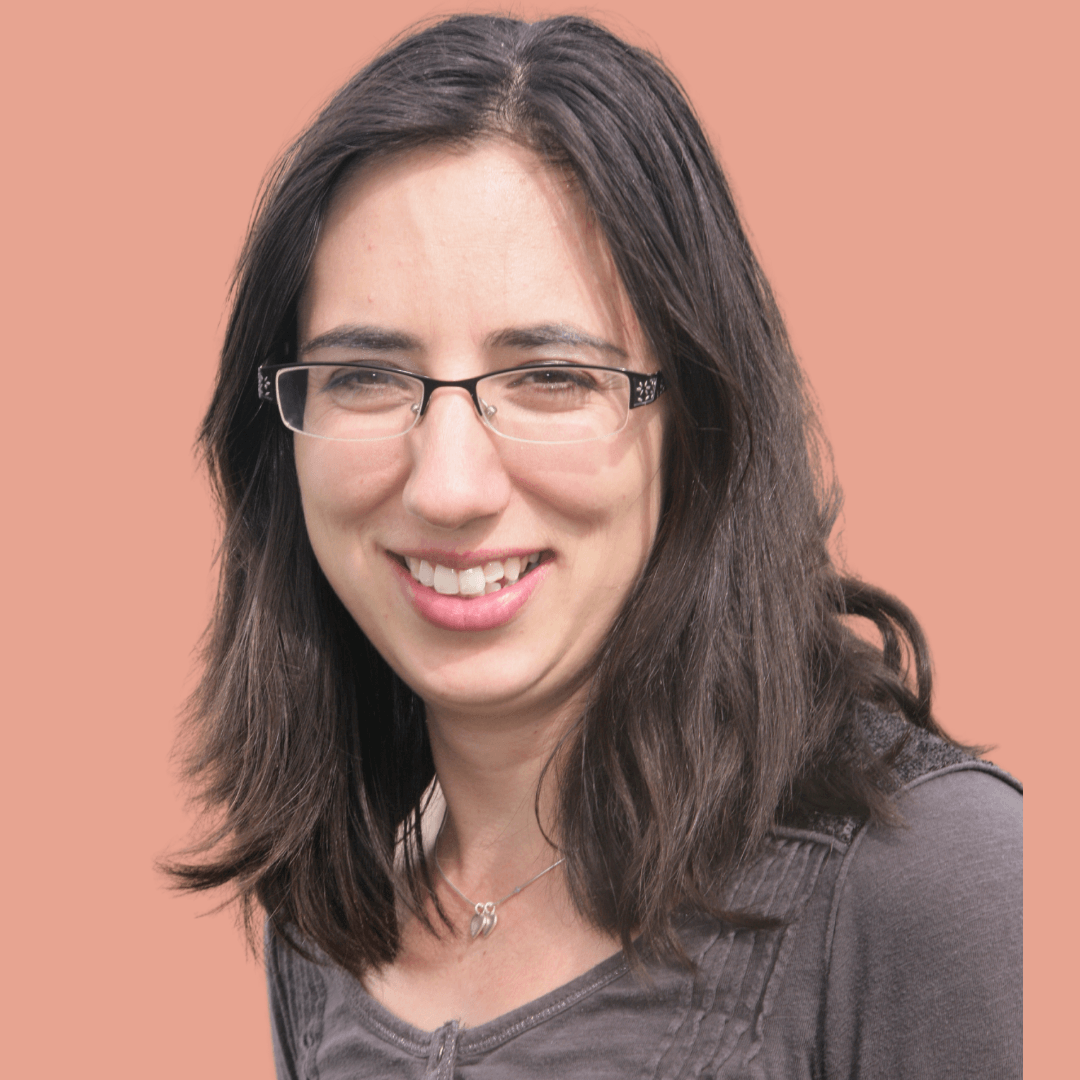 I am a child psychologist, a Montessori teacher, and a yoga teacher for children.

I own a master's in psychology with a major in child psychology. I worked as a child psychologist in Belgium, my country of origin, for several years. I ran my private counselling practice and I worked for various social services, including a foster care agency.

In 2006 I left Belgium for Ireland where I worked in a daycare nursery. While on this job, I discovered the Montessori education.

I developed a passion for Montessori. I later decided to train as a Montessori teacher. I gained my diploma in 2009.

I worked as a Montessori teacher for 2 years in Ireland, before leaving for the United Kingdom where I currently reside.

After moving to the UK, I was able to secure a job as the manager and Montessori lead teacher for two years in a Montessori preschool.

I have been running my parents and toddlers Montessori community for 8 years.

Apart from being a Montessori teacher and child psychologist, I am also a Yoga teacher for children.

I can guide you on your parenting journey in a one-to-one session. From setting up a Montessori-inspired house through dealing with common parenting issues, I will be there to support you and to help you to understand your child.

Book your free 30 minutes Zoom session with me. 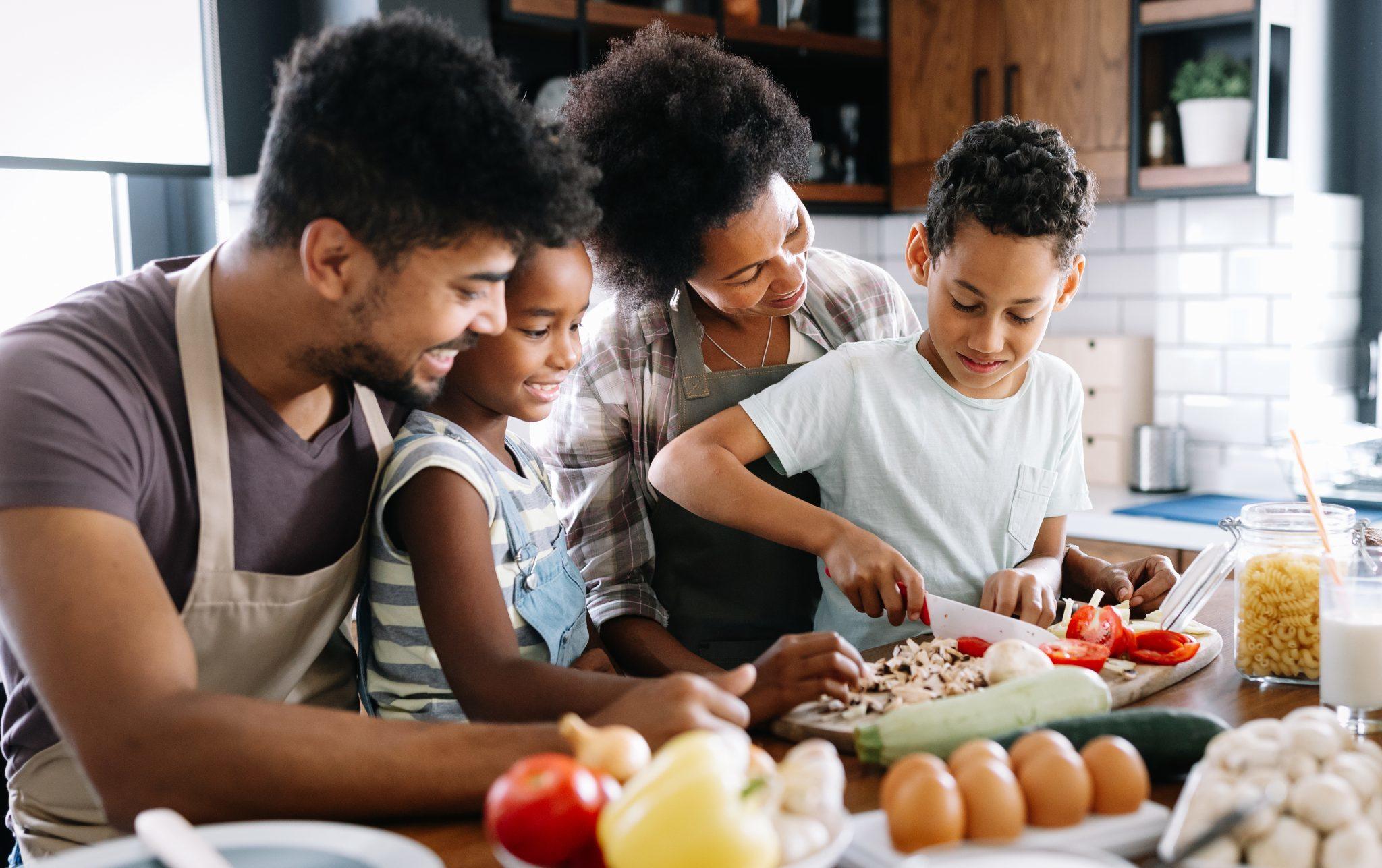 Local, at-home service available in Bedfordshire, Cambridgeshire, Hertfordshire, and some areas in London. Travel expenses may apply. Cost: £180 for a 3 hours session in the comfort of your own home. The session will include a detailed report with suggestions and strategies, email support for 4 weeks to allow you to implement changes, and a final zoom call after 4 weeks.

Recommend Carine's 1-1 session! She is so knowledgeable, friendly and supportive that it puts you at ease right away.
She guided us through toy sorting and storage and had transformed our space in no time!
It is so helpful having a new set of eyes look at your space to give you a different perspective. Well worth the very reasonable cost! Tracy on Trustpilot.

Truly knows her stuff and so happy we found her!

Carine really helped us get our playroom in order. Her expertise was invaluable and she was a joy to work with. I really felt she'd given us the ability to take control of the area whilst fostering independent play. She also helped us choose some Montessori friendly toys and activities.
We also had some great behaviour and sleep advice on another home visit for her parenting support service.
I've also had her Montessori subscription box which the kids loved. She really knows her stuff. Sarina on Trustpilot. 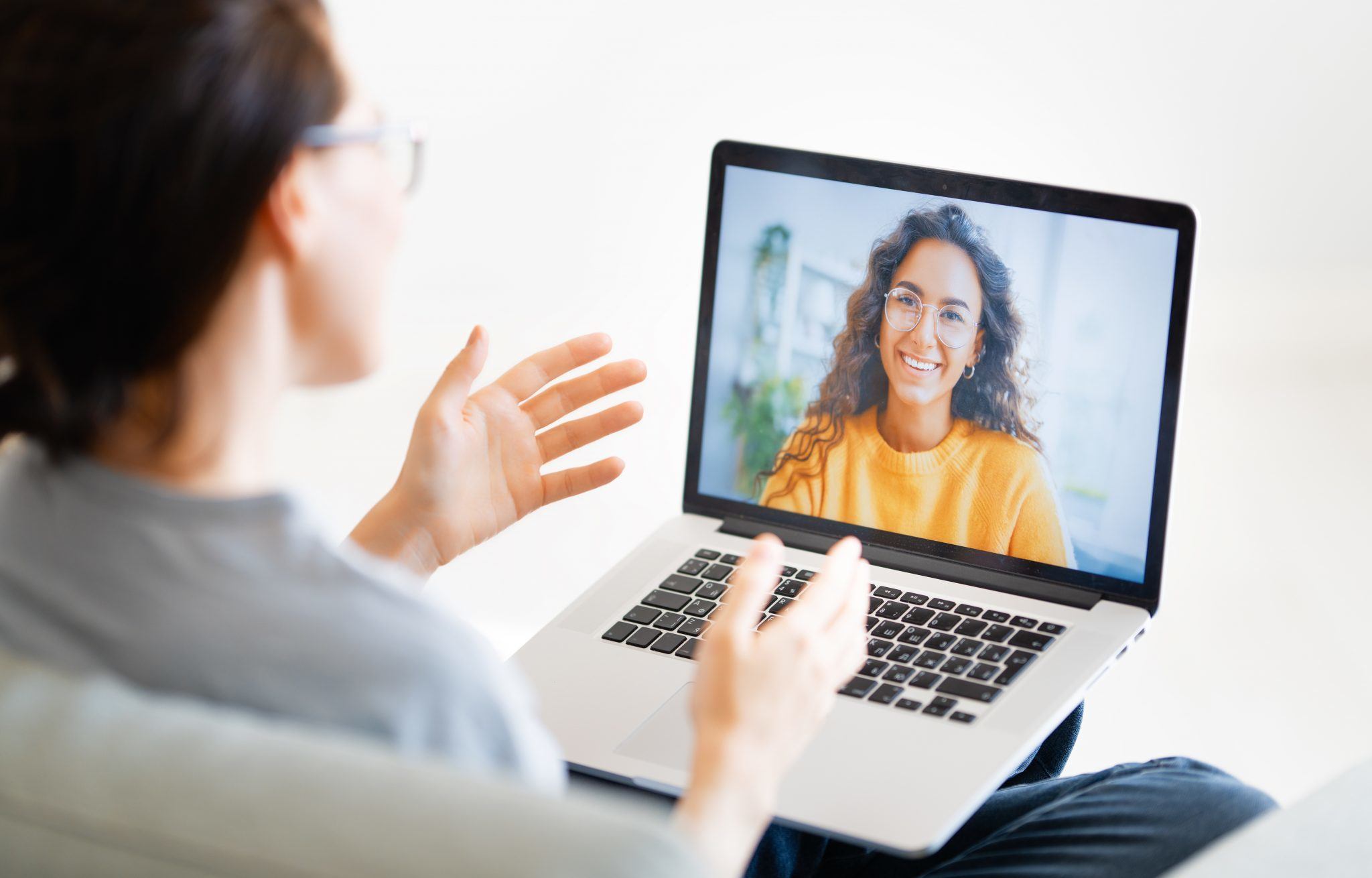 I offer online support. It consists of one Zoom call of 60 minutes. We explore a specific topic or issue. I tailor my advice and tips to your specific situation.

In addition, you will have access to my Montessori self-pace e-course (value £59) to have a comprehensive understanding of the Montessori philosophy.

Following the Zoom call, I will send you a detailed pdf report with an action plan and suggestions.

You will be able to email me for the month and we will schedule a closing up call to assess how you are doing.

Want some support for a single issue? You can book power hour when we talk for one hour over Zoom and I send you an action plan by email.

The Power hour session is £100

One to one support

Carine has supported my family in applying the Montessori approach since my son was eighteen months.I have attended the online courses and one to one support as well. Now that my son is making the transition to primary she offered great help in making the right decisions. Also as I am attending training to become a Montessori teacher she has efficiently supported me in professional development issues that I have encountered the last year. (Anthea on Trustpilot) 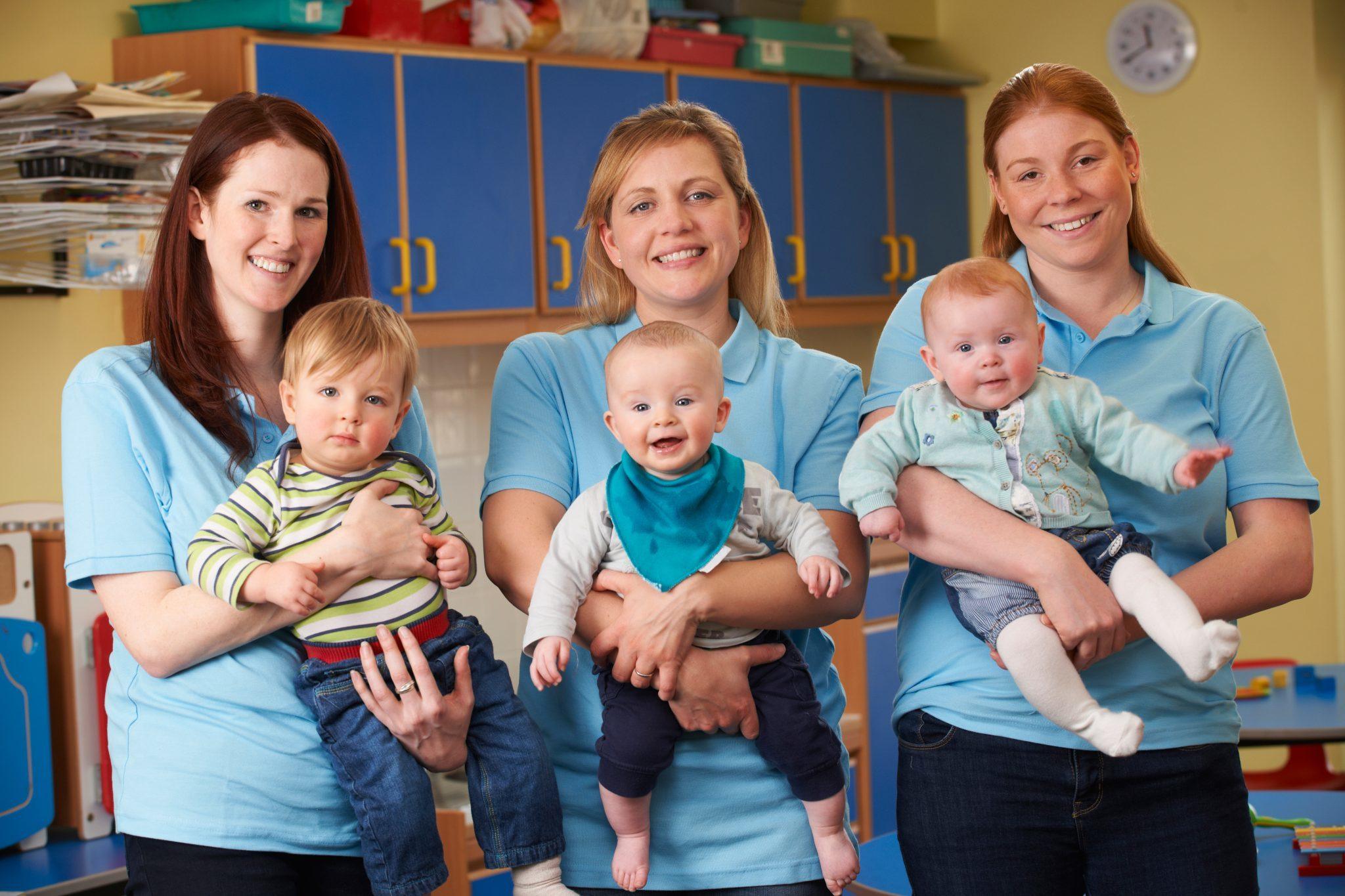 I offer workshops and audits for Early years settings.

Do you want to introduce Gentle and respectful discipline in your setting? I can offer a one-day workshop to your team.

Do you want to nurture independence and hands-on Montessori style learning? We can explore Montessori as an add-on philosophy for your setting.

You can also host a workshop for the parents of your setting: Gentle discipline, all about sleep, fostering independence are some of the topics I have been asked to run workshops about.

Carine delivered a workshop for the Parents at Milton Keynes Montessori on Positive Behaviour and Gentle Discipline. The 3 hours went by so quickly - a sure sign of enjoyable learning! Carine taught about brain development and age appropriate expectations and gave lots of practical advice on how to approach challenging behaviour. Lots of time was given for questions to be asked. We look forward to hosting Carine again in the near future! Milton Keynes Montessori review on TrustPilot.

Contact me with the form below with your requirements and availability for an appointment.

Our journey with Carine, it has been going for a long time. Since I took my now 5 years old to her Montessori playgroup and I got hooked on the Montessori way of things! Now more recently, Carine has been helping us to adapt the school dynamics to a more Montessori way and I can see already the benefits in a short time. I also had some advice on sleeping for my second girl and she has always been practical and respectful of the individual child and choices we made. Thank you for all the support!

I first met Carine when she did a group consultation workshop at my home with my sister and a couple of my friends. We were very new to Montessori and needed someone to explain the basic principles and Carine did just that and more in a clear but detailed way.

She answered our many questions, lots of which were about using Montessori to support our children with sen and young babies. She gave us some great ideas in this respect as well as for the other age ranges of children we have, which at the time were 6mths – 12 years old.

I’d highly recommend the home consultations as we all learnt so much, and have all gone on to make lots of positive changes in our homes as a result.

The highly detailed information email that accompanied the consultation has also been really helpful to refer back to.

The consultation workshop was fantastic value for money, very interesting, inspiring and extremely helpful. The only problem is I never seem to have enough baskets!! My husband is always quipping “do you need a basket for that!”

I've benefited from one-to-one coaching with Carine as well as her online group work. Carine is highly professional, warm and practical in her work. She is very supportive and also has a great sense or humour. If you're looking for some help, don't hesitate.

Any one-to-one session gives you access to the self-paced Montessori parenting course.