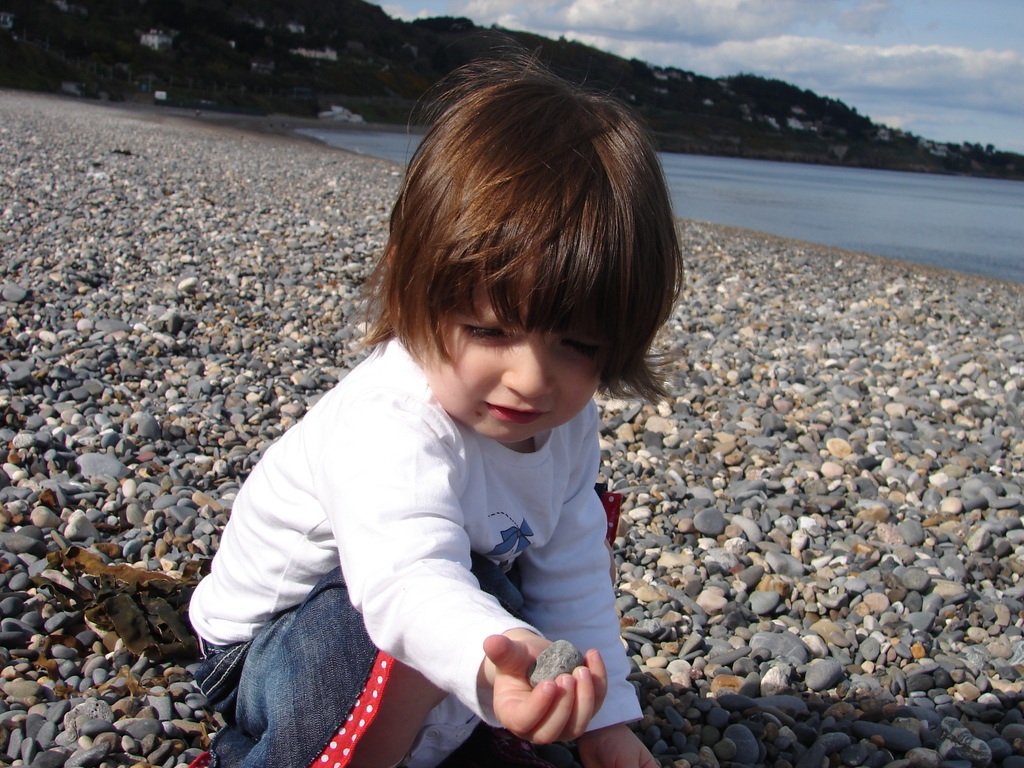 Montessori theory – What is the Absorbent mind?

"….the tiny child’s absorbent mind finds all its nutriment in its surroundings.  Here it has to locate itself, and build itself up from what it takes in.  Especially at the beginning of life must we, therefore, make the environment as interesting and attractive as we can.  The child, as we have seen, passes through successive phases of development and in each of these his surroundings have an important – though different – part to play.  In none have they more importance than immediately after birth." (The Absorbent Mind, p. 88)

If there is a Montessori term that you need to know about, it's the Absorbent Mind!

If you have a child under 3, it's a pivotal concept and it will help you to understand how your child learns during those early years.

This is the time where the young child is growing not only physically but also spiritually. The child works to become a human being. The first 3 years of life are of great importance. During this time the child forms his personality. 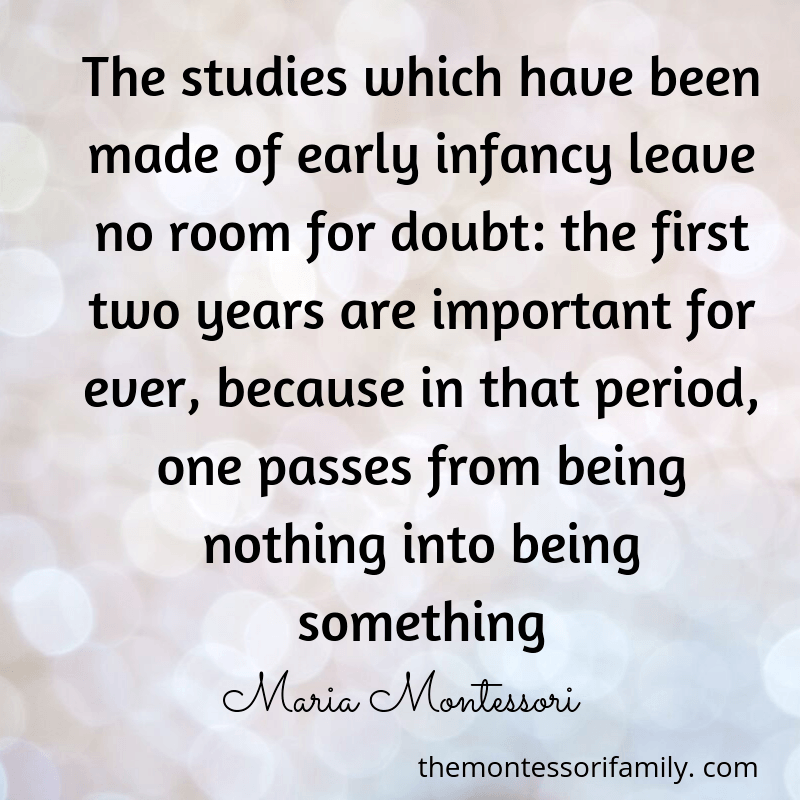 Children unconsciously soak up information from the environment, learning at a rapid rate. We say that the child absorbs like a sponge!

The absorbent quality of the mind is only one aspect.

Maria Montessori talked about 4 components of the mind:

She based her theory of the mind on the work of Sir Percy Nunn, a contemporary of hers.

The first aspect is the "Horme" which means impulse. For Montessori, it is the drive that compels the child to act. It seems that the little child cannot stop himself to try, exploring and repeating. Take the example of a little child who learns to walk. He falls all the time, he may hurt himself, he may be tired, and yet, he will keep trying until he can walk.

Next, she observed that all the children around the world were developing at the same rate, in the same way, and were having similar interests and kinds of play at the same age. It seems that we have an "inner teacher", a blueprint or what she described as "the sensitive periods for learning" that push the little child to explore some specific aspects of his environment and to develop just at the right time. 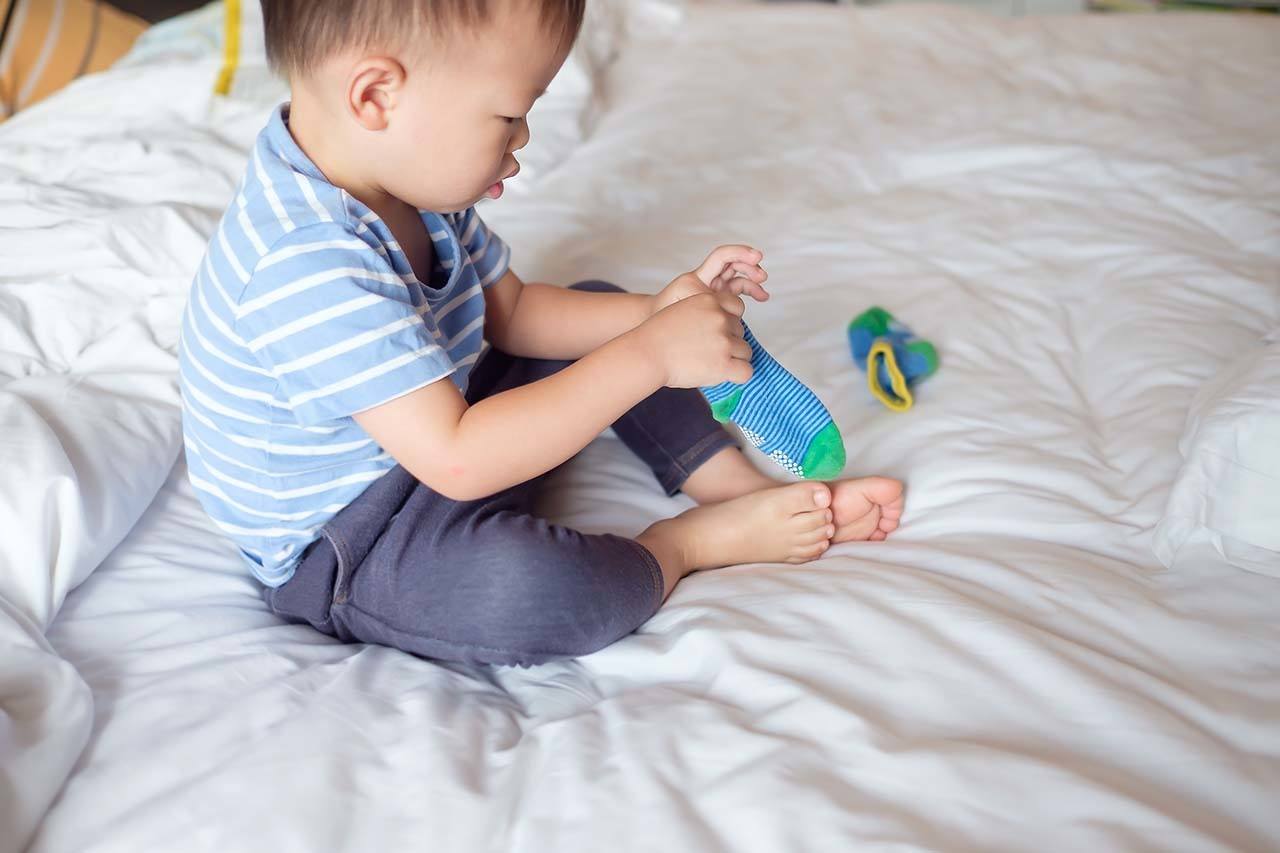 Then there is the absorbent quality of the mind but the information are not just absorbed, it is also transformed. You will see the transformation when the child become conscious, after the age of 3.

Finally, Dr. Montessori observed and described the nebulae. Montessori also borrowed this term from cosmology.  She used this term to describe the "human tendencies". As human beings, she believed we all have the potential to develop the specific characteristics of our species such as language, mathematical thinking, music and art. But she said that we need to be exposed at the right time. This term is obviously linked to the sensitive periods. We may have all the possibility to develop a musical ear but if we haven't been exposed at the right time, we may loose that opportunity forever. Like the nebula can give birth to a star from its mass or be destroyed.

A central tenet of Montessori philosophy is that human beings exhibit certain predispositions that are universal, spanning age, cultural and racial barriers; they have existed since the dawn of the species and are probably evolutionary in origin. 'Montessori stresses the need to serve those special traits that have proved to be tendencies of Man throughout his history.' (Mario Montessori, 1966, p. 21)

How does the child plays and learns in the early years?

At this stage, children don’t consciously choose what to do and what toys to play with.

If you provide them with what interests them, they will focus and learn deeply and quickly. 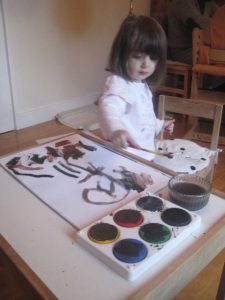 From birth to 3, the child is in an unconscious stage of development. He is a little explorer who comes upon opportunities. It’s therefore very important to carefully prepare your home!

If you want a concrete example that illustrates the concept of the absorbent mind, look at how children learn effortlessly a second language. It takes us years as adults to learn a second language, if not decades! 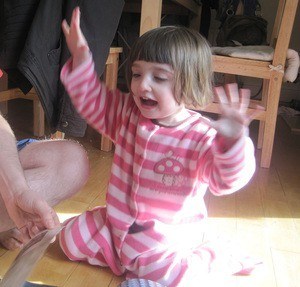 We have seen that the child from birth to 3 absorbs from his environment, in an unconscious way.

From 3 years old onward, the child starts to order his mind and express his will. During this stage, his environment should be ordered, safe and beautiful.

From 3 to 6 years old, the child’s mind remains absorbent, but his will emerges. Before, he was a little explorer, stumbling across toys and activities. Now the child has intentions. He chooses activities.

This is also the time where the child develops his memory. During this period, the child will sort and classify what he has absorbed during his first 3 years.

During this stage of development, a clear curriculum of learning is useful, but you should introduce specific learning activities only if your child is interested and is ready for those activities. 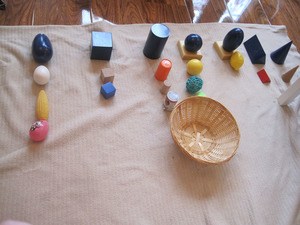 I am planning a series of blog posts to introduce you to various Montessori concepts from A to Z.

Do you want to learn more about Montessori as a parent? Check my self-paced e-course:

Previous Post Montessori schools around the world: Garden City Montessori Next Post How to observe your child the Montessori way + free handout