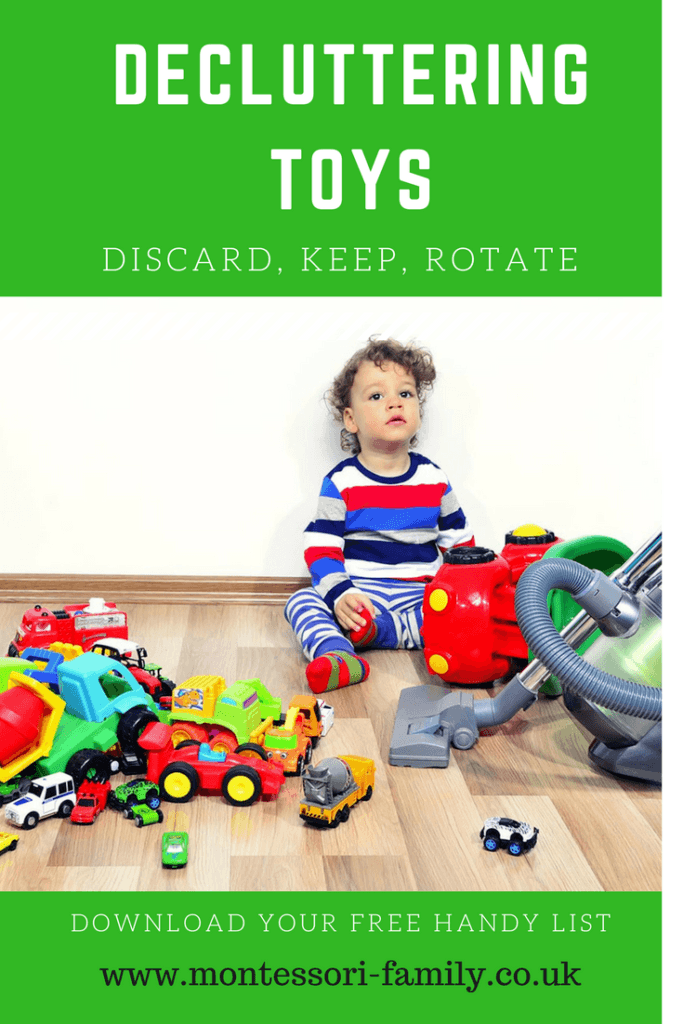 Do you need to involve your children in the KonMari process? Sorting toys the Montessori way!

I don’t know if you’ve heard about the KonMari process, which has helped millions of people to declutter their space. In a nutshell, the process involves getting rid of the stuff that doesn’t spark joy in you. Marie Kondo doesn't specifically talk about children in her book.

She mentions that children over 3 should be able to participate in the process. She also says that you should take care of your own belongings and don't try to declutter your family's things. In extension, many parents have understood that they shouldn't sort their children's toys, clothes and books without their permission. Therefore, parents ask their children, at least as young as 3, "do you want to keep that toy?" or "should we find 5 toys to give to children who don't have any?". When this tactic could "potentially" work with a child over 7 years old, it will unlikely work for younger ones.

I believe that Marie Kondo is the Queen of decluttering but she doesn't have a clear knowledge of child psychology and child's development.

Children don’t understand the concept of property as we do.

Children under the age of 7 - and certainly under the age of 4 - lack empathy. They cannot see the world through someone else’s perspective. They’re unlikely to grasp the idea of charity fully. They might agree to donate to please you. They also might think that their toys will be back magically when they ask for them. They will be very “attached” to all their toys if they see them.

Object permanence is another concept that is still developing in the very young ones. “Out of the sight, out of mind” is true for babies and toddlers. Seeing a toy during the process will surely reignite interest for that toy. What happens when you ask your child? For sure she will be willing to keep all her toys. That includes the broken toys, the ugly toys, the toy she never played with until you showed it to her, the noisy toys that drive you crazy. That also includes that book that was offered by your family, the one with an awful naughty child who must go to his bedroom without supper. It just doesn’t match your parenting’s style and you wish you never had to read it again!

When you involve your child in the process, you’re setting yourself up for failure.

Maybe you will manage to remove a few toys or books, but the huge amount of junk that you wish you could dump will remain. From your child’s perspective, every toy sparks joy!
Keep in mind that we, the parent, either bought the toy we want to get rid of or allowed a well-intentioned person to bring that toy in your house. Therefore, it’s my opinion that we should take responsibility for sorting and decluttering our children’s toys. 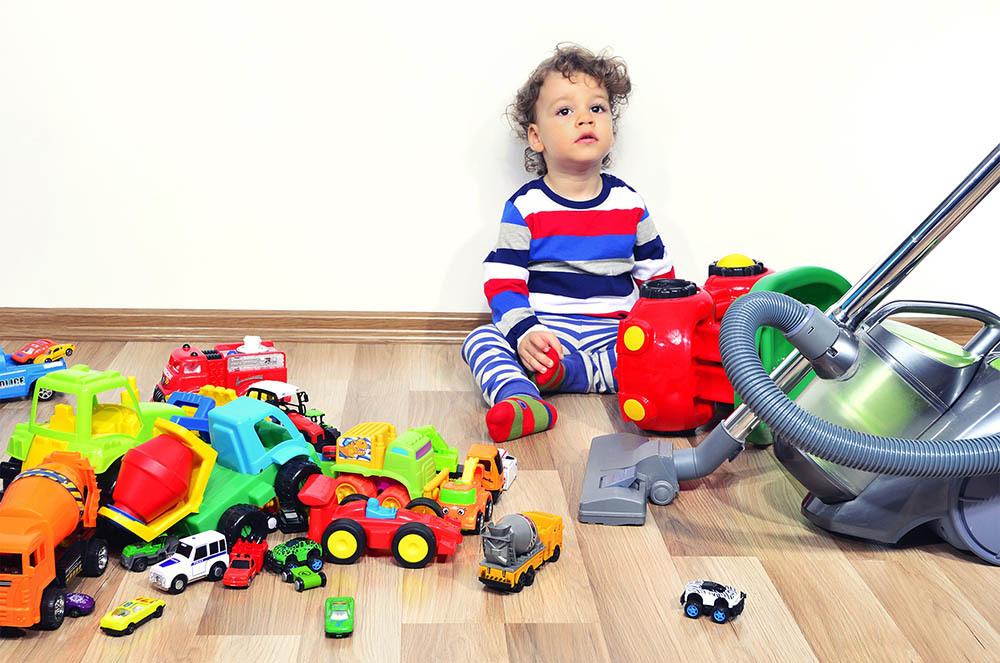 The decluttering process confronts us with the sheer volume of our children’s belongings. It gives us time to reflect and understand why we ended up buying so many toys. Hopefully, it will help us to never reach that tipping point again!

I am sure that you already know which toys would be missed if you dump them. The beloved toys have to stay, even if you don’t like them. Store away any toy that you are not sure about and observe if your child misses them.

Why you involve, with good intentions because Marie Kondo suggested it, your child in the process, you will have little success. Maybe you will manage to remove a few toys or books but for sure, the huge amount that you wish to remove will remain because every toy, when you ask a child, sparks JOY!

I give you now my own analysis of my own toy's situation in my own home. While in general, we don't have many toys that I don't value, we were starting to have too many in some categories and for some, now very clear, reasons. 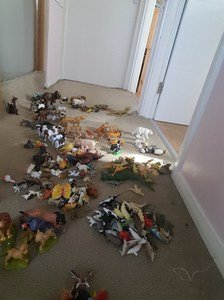 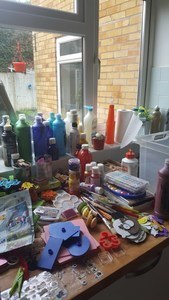 Personally, I haven't involved my youngest in the process and I decluttered my 9 years old bedroom before asking her about the remaining. Here what I have cleared out by myself with no regret or guilt:

Regarding my son's toys, not a lot was donated or thrown away. I have mainly divided by two each category and kept half stored away. This is to ensure that it's not overwhelming and that he is able to tidy up the small remaining. He has clearly noticed that some toys were missing and asked anxiously for those toys.  For example, he used to have a huge box of plastic animals. I have sorted by subcategories, leaving only one or two out at a time. I have shown him where those toys are stored and he knows that he can ask for them whenever he wants. He seems, so far, content with the remaining.

Regarding my daughter who is older, I have involved her in the process much more. First of all, she is 9 years old and well able to understand that she might have too many toys. She also observed me decluttering the rest of the house and was curious. For example, she has a collection of Knick-knacks and she decided to sort them the KonMari way: she held every object in her hands, feeling if it was sparkling joy or not. I was very impressed when she let go half of the collection. I asked her about every craft set she had and some other toys in her bedroom, especially the character toys that I didn't particularly value such as Petshops, Disney princesses. We let go of a huge quantity (books, some younger age toys,  craft sets, colouring books...) and even some toys that were brand new that she has chosen to donate to charity.

I haven't finished my son's bedroom especially as he has now received around 20 new toys for his birthday. I have to find a space for those new toys. It's more about rotating, in this case, to make sure those new toys are played with.

Let me know if you are sorting your child's belonging the KonMari way and how it works in your house!